I had the pleasure of reading this article in the Times the other day.  It is written by the venerable writer Ben Macintyre. He is a celebrated historian, author and journalist who writes historical non-fiction about political intrigue and spies. In this article he speaks about his own experience with collecting and the cultural influence collecting has had in Britain. He also discusses the obsessive nature of collecting which can cross the line into madness.  He has managed to capture the essence and history of collecting so concisely and insightfully I am presenting it to you here as a blog post. Intercollector exists to promote collecting and the personal satisfaction it can bring. It can be a calm in the storm or control in the chaos we are currently living in. But it can also become an obsession that has its own dangers. 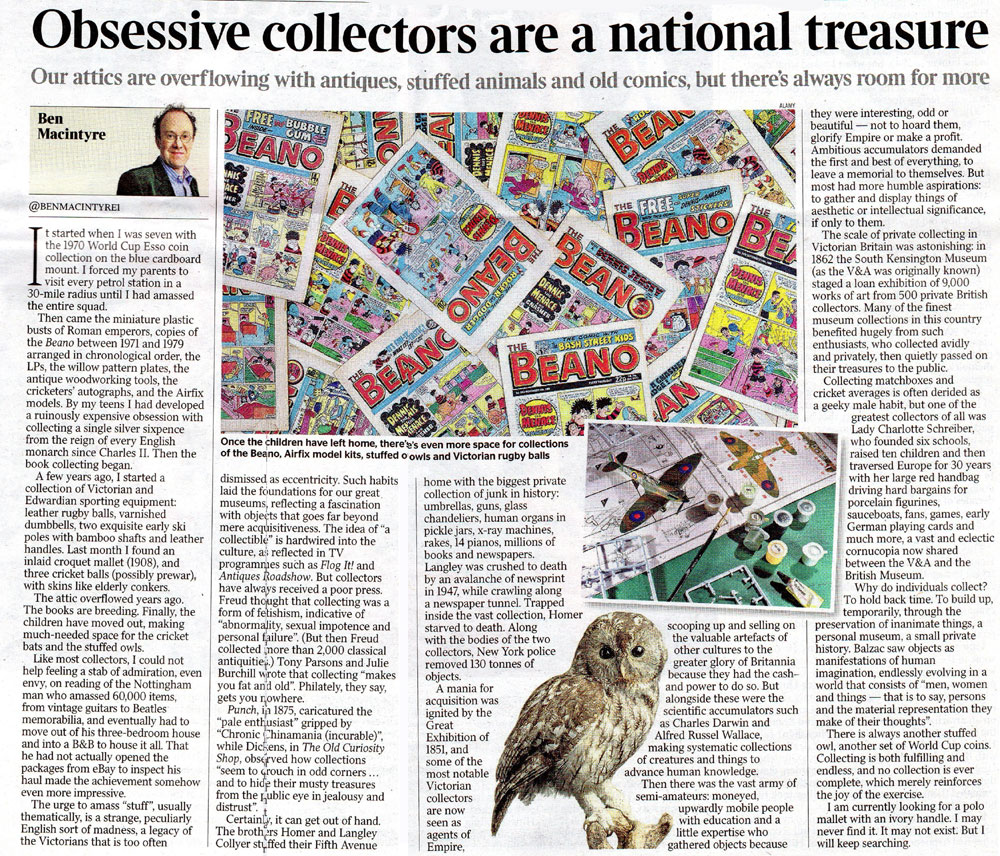 For historical context, the article discusses the Great Exhibition of 1851 and its influence:

Excerpt from the article:

A mania for acquisition was ignited by the Great Exhibition of 1851, and some of the most notable Victorian collectors are now seen as agents of Empire, scooping up and selling on the valuable artefacts of other cultures to the greater glory of Britannia because they had the cash and power to do so. But alongside these were the scientific accumulators such as Charles Darwin and Alfred Russel Wallace, making systematic collections of creatures and things to advance human knowledge. Then there was the vast army of semi-amateurs: moneyed upwardly mobile people with education and little experience who gathered objects because they were interesting, odd or beautiful – not to hoard them, glorify Empire or make a profit. Ambitious accumulators demanded the first and best of everything, to leave a memorial to themselves. But most had more humble aspirations: to gather and display things of aesthetic or intellectual significance, if only to them. 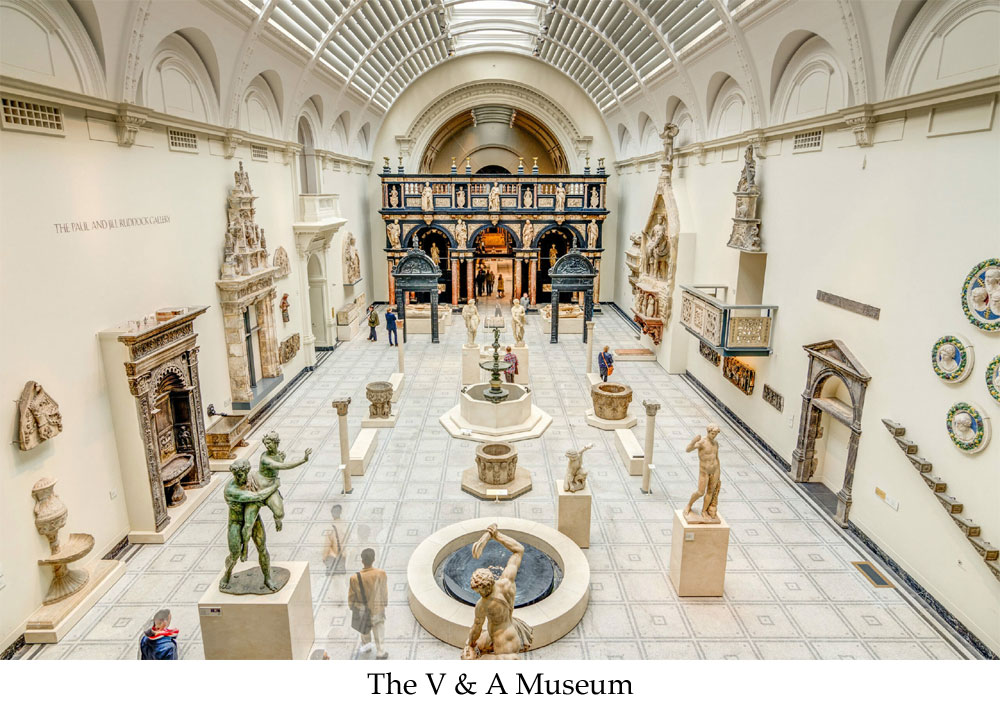 Mr Macintyre also discusses the darker side of collecting. Even Freud has something negative to say about collecting. Honestly why is Freud weighing in on this issue? He was a collector himself!

Excerpt from the article:
​​​​​​​
The urge to amass “stuff”, usually thematically, is a strange particularly English sort of madness, a legacy of the Victorians that is too often dismissed as eccentricity.  Such habits laid the foundation for our great museums, reflecting a fascination with objects that goes far beyond mere inquisitiveness….. But collectors have always received a poor press. Freud thought that collecting was a form of fetishism, indicative of “abnormality, sexual impotence and personal failure” (But then Freud collected more than 2,000 classical antiquities). Tony Parsons and Julie Burchill wrote that collecting “makes you fat and old”. Philately they say, gets you nowhere.
Punch in 1875, caricatured the “pail enthusiast” gripped by “Chronic Chinamania (incurable)”, while Dickens in The Old Curiosity Shop, observed how collections “seem to crouch in odd corners…and to hide their musty treasures from the public eye in jealousy and distrust”.
Certainly, it can get out of hand. The brothers Homer and Langley Collyer stuffed their Fifth Avenue home with the biggest private collection of junk in history: umbrellas, guns, glass chandeliers, human organs in pickle jars, x-ray machines, rakes, 14 pianos, millions of books and newspapers. Langley was crushed to death by an avalanche of newsprint in 1947, while crawling along a newspaper tunnel. Trapped inside the vast collection. Homer starved to death. Along with the bodies of the two collectors, New York police removed 130 tonnes of objects.

He ends the article with a simple question: “Why do individuals collect?”

Excerpt from the article:
​​​​​​​
Why do individuals collect? To hold back time. To build up temporarily, through the preservation of inanimate things, a personal museum, a small private history. Balzac saw objects as manifestations of human imagination, endlessly evolving in a world that consists of “men, women and things – that is to say, persons and the material representation they make of their thoughts”.

I think this is so true. A person’s collection is the physical manifestation of their journey and the way they are perceived by the world – a “personal museum”. One person’s obsession is another person’s order and sanity. It is such an individual experience with its own passion and motivation.  The amazing thing about collecting is that although it is very individual – it is not isolating and indeed is a way of connecting to the world that other people do not share. Especially now with social media – like minded collectors are finding each other.  It connects the world in its own special way because collectors understand each other despite their nationality or culture. So although collecting is described as an “English sort of madness” - I think this madness has now reached the four corners of the globe.