Collecting can be such a journey. I am constantly learning new things about people and places based solely on the items that I am drawn to and add to my collections. Many times, it is unplanned that I have managed to focus on one area and so patterns emerge. I have always been interested in how vintage and antique jewellery is either a reflection of the culture of the country where it is produced, or how it is a caricature of a culture that has been produced as a fashion statement like Chinoiserie or Egyptian Revival. I have Egyptian Revival from Europe, America and from Egypt itself.  That was a very trendy theme it its day. Equally Chinoiseries or Oriental motifs were very popular particularly during the Art Deco period as this lavish aesthetic balanced beautifully with the clean lines and architectural designs. In many cases the caricature of a culture comes from the country itself in the form of souvenirs, like the Dutch windmills and clogs. 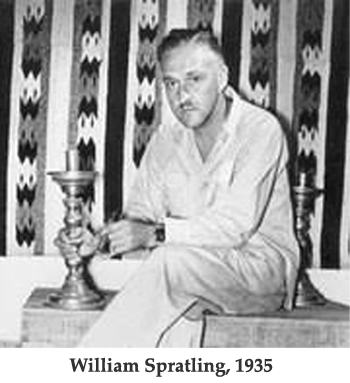 As I consider these motifs that are so prevalent in my own collections, the one type of vintage jewellery that I have been unwittingly collecting has been Mexican silver jewellery from the 30s and 40s. This is made in Taxco, a small village that is still to this day dedicated to fine silversmith workshops. The tradition of Mexican silver jewellery is not quite what one would expect. It started in the 1931 when William Spratling (1900 – 67), an American silver designer and architect, decided to settle in Taxco, as this was near the Mexican silver mines, with the goal of establishing a silver making tradition there.  His designs were based mainly on Pre-Columbian designs that had reflections of pre-conquest Mesoamerican motifs. As you can see from my modest collection, these ancient motifs were the most prevalent. But the thing that stands out with these pieces is the incredible quality and finishing.  Every aspect of this jewellery is perfectly designed and executed.

"The tradition of Mexican silver jewellery is not quite what one would expect. It started in the 1931 when William Spratling (1900 – 67), an American silver designer and architect, decided to settle in Taxco..."

Due to Spratlings wonderful designs and attention to detail, his business took off in a big way. He supplied large department stores like Neiman Marcus and even produced pieces for Tiffany’s. He had 500 artisans working for him by 1940. This explains why these items end up at antique fairs and auctions here in the UK. These were very coveted pieces of luxury jewellery in their day. Sadly, Spratling sold off a majority stake in his business to an American investor in 1945 and the business subsequently went bankrupt. In a way this inauspicious ending rather buried William Spratling in history but his jewellery lives on.  Presumably, he is very known and appreciated in Mexico. He has been called “The Father of Mexican Silver”.  He also was a friend of Diego Rivera and he organised a large exhibition for him at the Metropolitan Museum of Art in New York. So although he is not mentioned in the same breath as Mr Cartier or Mr Faberge, he did have a very interesting life and I get to appreciate his legacy every day.